DESI 5000 spectroscopic “eyes” can cover an area of the sky about 38 times larger than that of the full moon, as seen in this overlay of DESI’s focal plane on the night sky (top).  Each one of these robotically controlled eyes can fix a fiber-optic cable on a single object to gather its light.  The gathered light collected from a small region in the Triangulum galaxy (bottom) by a single fiber-optic cable (red dot) is split into a spectrum (bottom) that reveals the fingerprints of the elements present in the galaxy and aid in gauging the distance to the galaxy.  The test spectrum shown here was collected by DESI on Oct. 22. (Credit: DESI Collaboration; Legacy Surveys; NASA/JPL-Caltech/UCLA)
Body

Astrophysics and cosmology allow us to test the laws of nature in ways impossible with laboratory and accelerator experiments. These settings involve distances, timescales and energies beyond those possible on Earth. Energetic particles, gamma rays and neutrinos are produced in a wide range of astrophysical contexts. These include supernovae, relativistic jets in active galaxies and black holes and neutron stars. Observations can be used to probe both the astrophysics of the sources and the nature of fundamental physical interactions.

We design and build sensitive instruments to map the expansion history of the universe and to measure energetic charged particles, photons and neutrinos. Detectors are deployed in remote locations such as Antarctica, Chile and rural Argentina, flown on enormous balloons or launched into space. Data is returned for analysis at Ohio State and collaborating institutions. Funding comes from the NSF, NASA and the Department of Energy.

Areas of interest include: 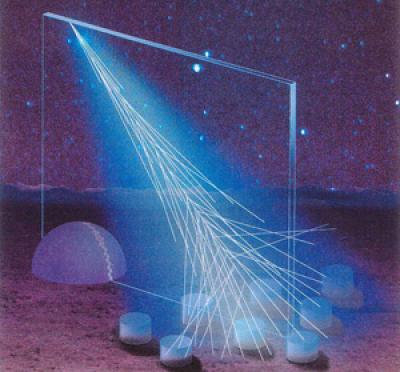 The highest energy cosmic rays:
Cosmic rays with energies of up to 50 joules have been observed. The origin of these particles is a mystery, since it is difficult to accelerate subatomic particles to these energies and to understand how they travel through the radiation backgrounds that fill intergalactic space. We are involved in the Pierre Auger project, building and operating a 3000 km2 observatory in western Argentina. 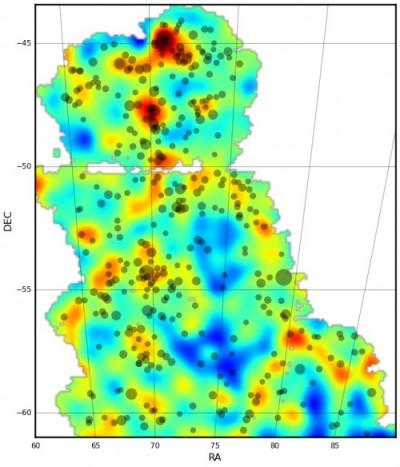 Dark energy:
Arguably one of the most important and certainly one of the most surprising scientific results of the last decades was the discovery that the expansion of the universe is accelerating. In order to explain this acceleration we are faced with two possibilities: Either 76% of the universe exists in an exotic form called dark energy, that exhibits a gravitational force opposite the attractive gravity of ordinary matter, or Einstein’s very successful theory of gravity, General Relativity, must be incorrect at cosmic scales. We are partners in the Dark Energy Survey (DES) and the Baryon Acoustic Spectroscopic Survey (BOSS) projects, which are designed to probe the origin of the cosmic acceleration and help to uncover the nature of dark energy. 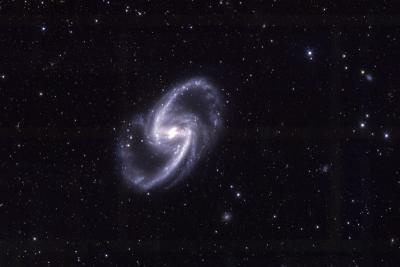 Neutrino astronomy:
Neutrinos are weakly interacting particles, so they pass through the universe relatively unimpeded by intervening matter and radiation, making them unique probes of the early universe.However, extremely large detection volumes are necessary to observe the low flux of neutrinos expected at the highest energies. We are involved in the Antarctic Impulsive Transient Antenna (ANITA) and Askaryan Radio Array (ARA) experiments to detect ultra-high energy neutrinos by measuring radio bursts produced when neutrinos interact in the Antarctic ice cap. ANITA is a long-duration NASA balloon experiment and ARA is an antenna array in the early stages of deployment near the South Pole.
Advanced