At last count there were nearly 2500 living Physics Alumni all around the world.  We would love to stay in touch with each one of you and welcome you to visit us in the beautiful Physics Research Building any time you are on campus or drop us a line or email to stay connected.

To honor faculty and staff who have passed away, an In Memoriam page has been created to provide information and a place for past students and friends to share their memories. In addition, you will find an In Memoriam section on the People page.

Learn more about the history of the department here:

File
History of the Department12.97 MB 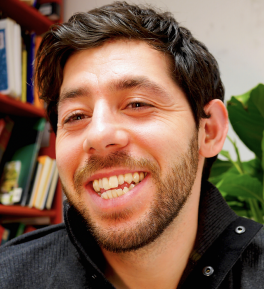 Greg Kestin, a 2008 Ohio State alumnus, holds a faculty position at Harvard University, where he conducts theoretical physics research, teaches, and produces educational online content. He earned his physics Ph.D. from Harvard, as a member of The Center for the Fundamental Laws of Nature, focusing on theoretical particle physics and quantum field theory. Over his career, he has also conducted research in nuclear physics, fusion energy, and gravitational wave physics.

For over a decade he has been involved with innovative educational outreach endeavors, bringing science to both students and members of the public through writing, video, animation, multimedia, and public lectures.

Recently, he has worked with the research team for the PBS program NOVA researching show content, consulting on scientific content, fact checking, interviewing scientists, assisting in short film production, as well as writing documentary storylines, articles, social media content, and grant proposals. He has worked on content ranging from meteorology and technological innovation to math and black holes. 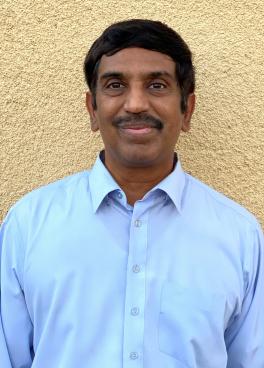 Dr. Sailesh Chittipeddi became Executive Vice President and General Manager of IoT and Infrastructure Business Unit of Renesas in July 2019.  Renesas is a Japanese company involved with research, development, design, manufacture, sale, and servicing of semiconductor products. Before joining Renesas, he served IDT’s Executive Vice President of Global Operations and CTO, with an additional focus on corporate growth and differentiation.  Prior to joining IDT, Dr. Chittipeddi was President and CEO of Conexant Systems and served on its Board of Directors.  Began his career at AT & t Bell labs. Dr. Chittipeddi has earned 64 U.S. patents related to semiconductor process, package and design, and has had nearly 40 technical articles published. 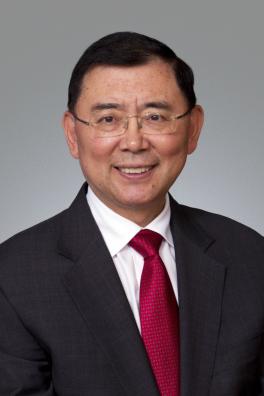 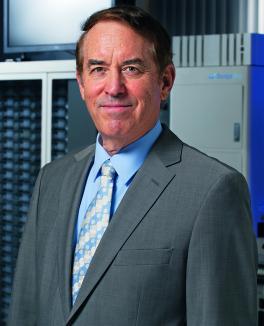 Mike Coughlin is the founder of ScriptPro, and president, CEO, and CFO of the company.  The company’s initial product, the SP 200 Robotic Prescription Dispensing System, pioneered the use of robotics in community pharmacies. Today, ScriptPro offers a comprehensive line of over 150 pharmacy automation and management system products that have revolutionized pharmacy operations in the U.S., Canada, and many other countries. 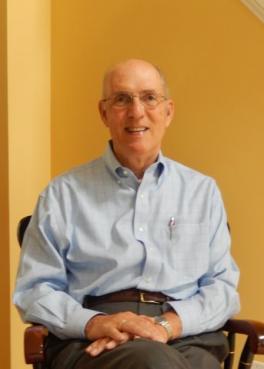 Featured in the Physics Magazine, Rear Admiral (ret.) Francis W. Lacroix ('67) shared his pride in his OSU education particularly in Physics.  Read more about Frank's interesting life and career in the U.S. Navy at https://physics.osu.edu/Lacroix. 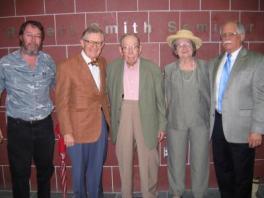 Norman Gearhart (M.S. '69, Ph.D., '73) and Carolyn Piper Gearhart have again shown their generosity to Physics and Ohio State with the establishment of the "William R. Riley Excellence in Teaching Physics Award" in honor of emeritus faculty member William R. "Bill" Riley.  This annual award will be given to a graduate teaching associate who exemplifies excellence in the teaching of physics.  The inaugural award was given to Daniel Kestner who was unable to attend the ceremony due to teaching a class! 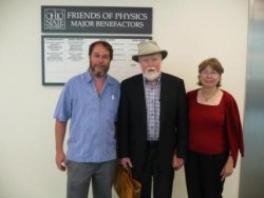 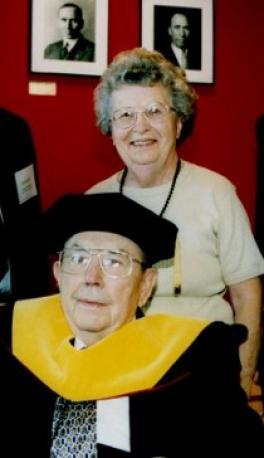 The Harold and Helen McMaster Family Foundation  made a $100,000 commitment to support a scholarship in memory of Harold McMaster (MS '39). The Harold McMaster Scholarship Fund will support high-ability undergraduate students from the state of Ohio (where Harold resided the majority of his life) who are currently enrolled in classes and intend to major in physics or students with a currently declared major in physics.

Mr. McMaster received a combined master’s degree in physics, mathematics, and astronomy from Ohio State. He started his own company, Glasstech, which made him the world authority on glass tempering. In 1940 he designed the McMaster Rotary Engine (MRE), which is one-third lighter than the typical car engine. He passed away August 25, 2003.