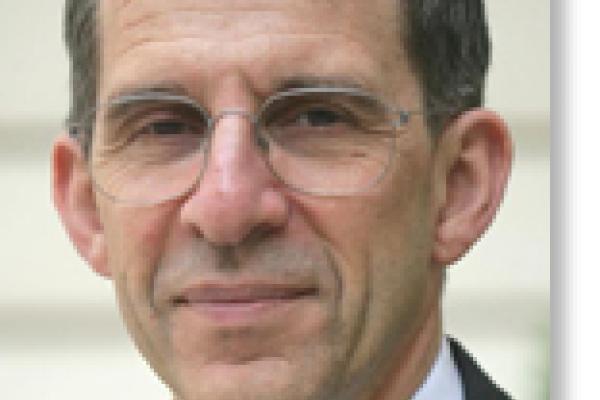 The basic phenomenon of quantum jumps between two states of a system driven by a deterministic force while undergoing continuous monitoring is exploited in precision quantum measurements and plays a key role in our fundamental understanding of open quantum systems. Quantum jumps are emblematic of the special nature of randomness in quantum theory. Although it had been argued in the past that their nature is discontinuous, modern measurement theory stipulates that the state of the system evolves continuously during a jump. Even better, in the case of a system possessing at least 3 states, it was shown theoretically that it is possible i) to obtain an advance warning that the jump is about to occur, and consequently ii) to reverse it if was initiated by a coherent drive. We have successfully implemented the indirect QND measurement of a superconducting artificial atom transition from its ground state G to a dark state D by monitoring the occupancy of a bright level B connected to G by a Rabi drive. By conditioning the tomography and manipulation of the G-D manifold on the non-occupancy of the B level for a deterministic duration, we can catch and even reverse the jump (1). Our experimental results, in agreement with the predictions of quantum trajectories theory with essentially no adjustable parameters, supports the point of view that a single system under continuous observation can have a time dependent wavefunction inferred from the measurement. [1] Z. Minev, S.O. Mundhada, S. Shankar, P. Reinhold, R. Guttierez, R.J. Schoelkopf, M. Mirrahimi, H. Carmichael, M.H. Devoret (2017).