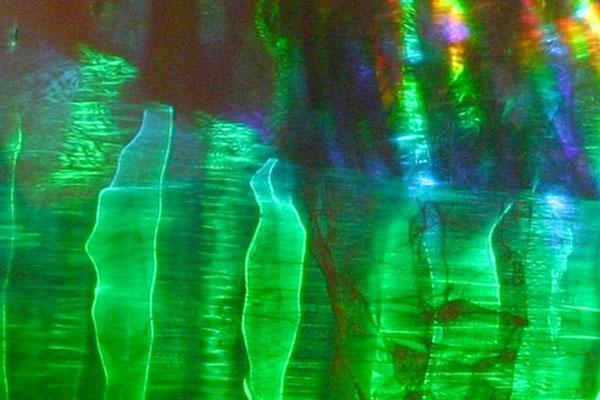 Dr. Harris Kagan, an OSU Physics Professor and collaborator on the ATLAS experiment at the Large Hadron Collider at CERN, was recently featured in an article published by Symmetry, an online magazine about particle physics.

The article focused on Dr. Kagan's Holography course (Physics 3201) which fulfills a visual/performing arts general education requirement for all OSU students and is a laboratory elective requirement for physics majors. In the class, students create 3-D images and critique each other's images from an artistic and scientific perspective.

Jeff Hazelden, who took Kagan’s classes as a photography major, says Kagan’s classes introduced him to characteristics of light that are still useful in his career as a photographer and art teacher. He says he also uses parts of Kagan’s structured format for artistic critiques with his students that are new to the critique process."

The full article can be found at go.osu.edu/holography