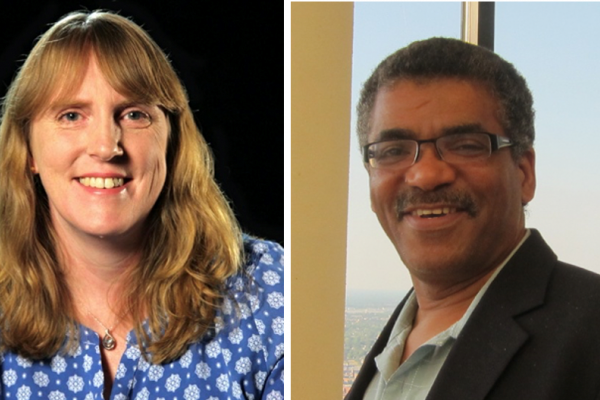 The Ohio-Region Section of the APS Autumn Meeting 2020 will meet online on October  16-17, 2020.  The Chair of the Ohio State University Department of Physics, Michael Poirier will give the introduction at 1:00pm on the 16th, followed by the following Invited Plenary Speakers:

Helen Caines is an associate professor of physics at Yale University and a world expert in experimental ultra-relativistic heavy ion collisions.  She is spokesperson of the 600-person STAR experiment at the Relativistic Heavy Ion Collider (RHIC) at Brookhaven National Lab in New York.  Prof. Caines earned her Ph.D. in 1996 at the University of Birmingham.  She is an elected Fellow of the American Physical Society, an elected Fellow of the Institute of Physics of the UK, and a member of the Nuclear Science Advisory Committee (NSAC), which advises the Department of Energy and National Science Foundation on matters of national importance in the area of nuclear physics. • Her connection to the OSAPS region: a postdoctoral fellowship at Ohio State University 1996-2000.

Roy Lacey is a professor of chemistry at Stony Brook University with a long career in intermediate, high, and ultra-high energy nuclear physics.  He earned his Ph.D. at the State University of New York in 1987.  Among the most prolific researchers and sought-out speakers in the field, Prof. Lacey has authored high-impact publications in both experimental and theoretical physics.  He has performed experiments at facilities around the world, served on the Nuclear Science Advisory Committee, and held Research Fellowships in the U.S. and France. • His connection to the OSAPS region: a postdoctoral fellowship at Michigan State University’s National Superconducting Cyclotron Laboratory 1990-1991. 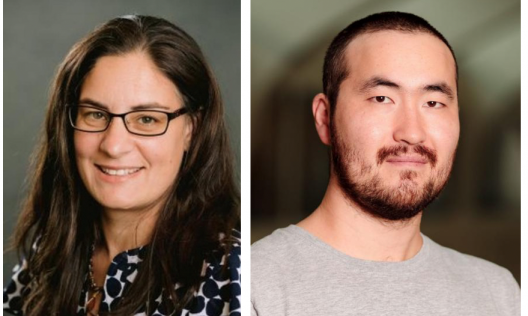 Amy Connolly is a professor of physics at The Ohio State University and a leader in experimental ultra-high-energy neutrino astrophysics.  She earned her Ph.D. at the University of California, Berkeley, in 2003.  She was awarded a prestigious NSF CAREER Award in 2013 and was elected Fellow of the American Physical Society in 2019.  Prof. Connolly has published extensively on experimental and theoretical neutrino astrophysics and serves on the Science Board of the Center for Cosmology and AstroParticle Physics (CCAPP). • Her connection to the OSAPS region: professor at Ohio State since 2010.

Tuguldur Sukhbold is a Hubble Fellow and CCAPP Fellow in the Astronomy Department at The Ohio State University.  He earned his P.D. at the University of California, Santa Cruz, in 2016.  He specializes on theoretical and computational studies of massive stars, supernovae, and astrophysical nucleosynthesis.  Author of many publications in prestigious journals, he has recently become a co-investigator of the Lunar Occultation Explorer Mission. • His connection to the OSAPS region: in the astronomy department at Ohio State since 2016.

For more information, go to: https://www.asc.ohio-state.edu/lisa.1/OSAPS2020/