The field of quantum gases or ultracold atoms is the fastest expanding and most interdisciplinary field in physics today. The experimental branch of this exciting new field uses the techniques of atomic, molecular and optical physics to study manybody systems consisting of extremely cold-trapped atoms. These are condensed matter systems whose constituents have well-understood microscopic interactions. At sufficiently low temperatures, the large de Broglie wavelengths of the atoms allow these systems to exhibit quantum phenomena on a macroscopic scale. 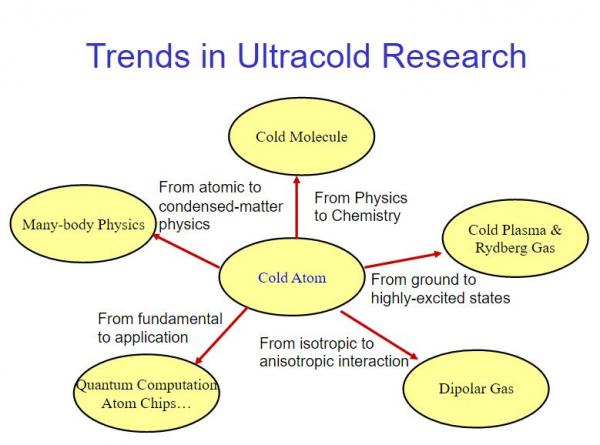 The theoretical branch of this field is completely interdisciplinary, attracting top scientists from atomic, condensed matter, high energy and nuclear physics, as well as from quantum optics and quantum information. The Cold Atom Physics group at Ohio State has established itself as one of the world’s top theory groups in this area.