The unexpected discovery of the double-charm tetraquark gives physicists fresh insight into the strongest of nature’s fundamental forces.

The unexpected discovery of the double-charm tetraquark gives physicists fresh insight into the strongest of nature’s fundamental forces. 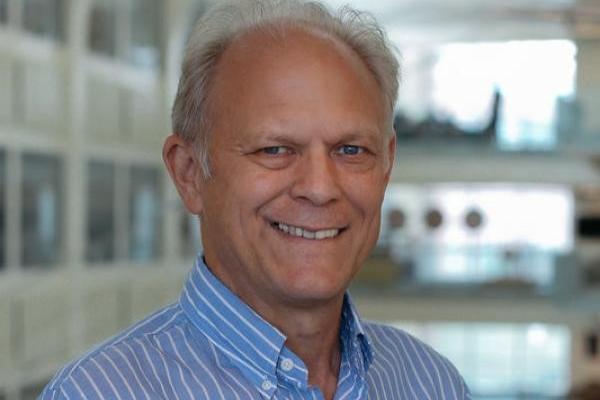 THIS SPRING, AT a meeting of Syracuse University’s quark physics group, Ivan Polyakov announced that he had uncovered the fingerprints of a semi-mythical particle.

“We said, ‘This is impossible. What mistake are you making?’” recalled Sheldon Stone, the group’s leader.

Polyakov went away and double-checked his analysis of data from the Large Hadron Collider beauty (LHCb) experiment the Syracuse group is part of. The evidence held. It showed that a particular set of four fundamental particles called quarks can form a tight clique, contrary to the belief of most theorists. The LHCb collaboration reported the discovery of the composite particle, dubbed the double-charm tetraquark, at a conference in July and in two papers posted earlier this month that are now undergoing peer review.

The unexpected discovery of the double-charm tetraquark highlights an uncomfortable truth. While physicists know the exact equation that defines the strong force—the fundamental force that binds quarks together to make the protons and neutrons in the hearts of atoms, as well as other composite particles like tetraquarks—they can rarely solve this strange, endlessly iterative equation, so they struggle to predict the strong force’s effects.

The tetraquark now presents theorists with a solid target against which to test their mathematical machinery for approximating the strong force. Honing their approximations represents physicists’ main hope for understanding how quarks behave inside and outside atoms—and for teasing apart the effects of quarks from subtle signs of new fundamental particles that physicists are pursuing.

The bizarre thing about quarks is that physicists can approach them at two levels of complexity. In the 1960s, grappling with a zoo of newly discovered composite particles, they developed the cartoonish “quark model,” which simply says that quarks glom together in complementary sets of three to make the proton, the neutron, and other baryons, while pairs of quarks make up various types of meson particles.

Gradually, a deeper theory known as quantum chromodynamics (QCD) emerged. It painted the proton as a seething mass of quarks roped together by tangled strings of “gluon” particles, the carriers of the strong force. Experiments have confirmed many aspects of QCD, but no known mathematical techniques can systematically unravel the theory’s central equation.

Somehow, the quark model can stand in for the far more complicated truth, at least when it comes to the menagerie of baryons and mesons discovered in the 20th century. But the model failed to anticipate the fleeting tetraquarks and five-quark “pentaquarks” that started showing up in the 2000s. These exotic particles surely stem from QCD, but for nearly 20 years, theorists have been stumped as to how.

“We just don’t know the pattern yet, which is embarrassing,” said Eric Braaten, a particle theorist at Ohio State University.

The newest tetraquark sharpens the mystery.

The article in Wired was reprinted from Quanta magazine: ‘Impossible’ Particle Adds a Piece to the Strong Force Puzzle, by Charlie Wood, September 27, 2021.