IceCube to appear in BBC and PBS documentaries

IceCube to appear in BBC and PBS documentaries 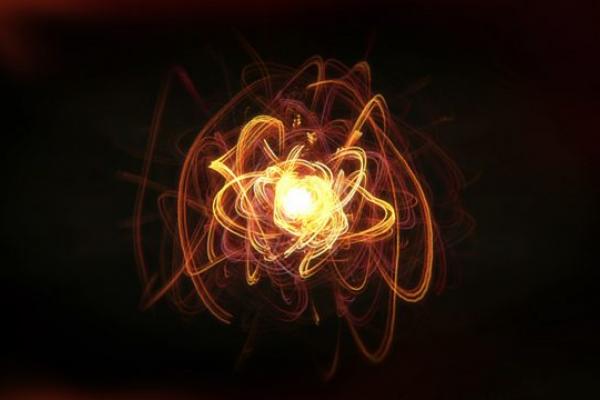 Professor James Beatty, and Associate Professor Michael Stamatikos are part of the collaboration for the IceCube Neutrino Observatory, a massive astroparticle physics experiment located at the South Pole. Professor Amy Connolly is also involved in the design of and planning for the next-generation IceCube-Gen2. Their work is featured in two documentaries about neutrinos produced for the BBC and PBS NOVA.

Sometimes called the world’s biggest and strangest telescope, IceCube comprises over 5,000 light sensors deployed in a cubic kilometer of ice at the South Pole. Despite its inhospitable environment, the South Pole’s abundance of ice makes it an ideal location for detecting neutrinos: tiny fundamental particles that could reveal unseen parts of the universe.

For these documentaries, IceCube staff from the experiment’s headquarters at the Wisconsin IceCube Particle Astrophysics Center (WIPAC), a research center of the University of Wisconsin–Madison, captured video footage at the South Pole. During the austral summer of 2019, Kael Hanson, John Hardin, Matt Kauer, John Kelley, and Yuya Makino recorded video at the bottom of the world as they conducted annual maintenance and other work on the observatory. The footage was then sent “up north” for use in the two different documentaries.

The BBC documentary, “Neutrino: Hunting the Ghost Particle,” will premiere on BBC Four on Wednesday, September 22 from 9:00 – 10:00 pm BST. It is described as “an astonishing tale of perseverance and ingenuity that reveals how scientists have battled against the odds for almost a century to detect and decode the neutrino, the smallest and strangest particle of matter in the universe.” The documentary will feature footage and interviews from IceCube and will discuss the experiment’s role in neutrino astronomy.

PBS NOVA will feature IceCube and its science in its “Particles Unknown” documentary premiering on Wednesday, October 6 at 9:00 pm CDT. IceCube will appear near the end of the program, which is also about the hunt for neutrinos, “the universe’s most common—yet most elusive and baffling—particle,” and includes an interview with Hanson, who is also IceCube’s director of operations and the director of WIPAC.

Learn more about IceCube and neutrinos at IceCube’s website.

The IceCube Neutrino Observatory is funded primarily by the National Science Foundation (OPP-1600823 and PHY-1913607) and is headquartered at the Wisconsin IceCube Particle Astrophysics Center, a research center of UW–Madison in the United States. IceCube’s research efforts, including critical contributions to the detector operation, are funded by agencies in Australia, Belgium, Canada, Denmark, Germany, Japan, New Zealand, Republic of Korea, Sweden, Switzerland, the United Kingdom, and the United States. The IceCube EPSCoR Initiative (IEI) also receives additional support through NSF-EPSCoR-2019597. IceCube construction was also funded with significant contributions from the National Fund for Scientific Research (FNRS & FWO) in Belgium; the Federal Ministry of Education and Research (BMBF) and the German Research Foundation (DFG) in Germany; the Knut and Alice Wallenberg Foundation, the Swedish Polar Research Secretariat, and the Swedish Research Council in Sweden; and the University of Wisconsin–Madison Research Fund in the U.S.

The PBS NOVA episode can also be streamed online at:

The IceCube coverage begins at 43:51 into the program.